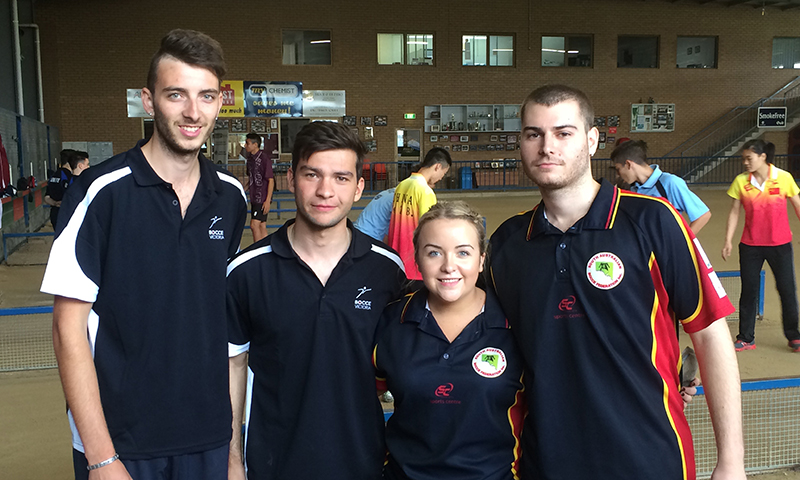 The weekend of the 17-19th of April at the Casa D’Abrruzzo Club in Epping, the South Australian Bocce Federation had 2 up and come players Declan Fedele and Megan De Leonardis, participate in the U23s. Rita Fedele attended as State Coach.
A big congratulations to Declan Fedele for taking out the U23 Precision Throw, 2 years in a row with a final score of 9. And to Megan De Leonardis for coming in 2nd in the U23s Bowl Throw.
Also from SA were 7 players who were participating as the Campania Club in the U14 and U18 events.
Anthony De Leonardis was also in attendance on the weekends as an Assistant Chief Referee. He was able to use his experience and training as Referee and Coach into great use for that weekend.