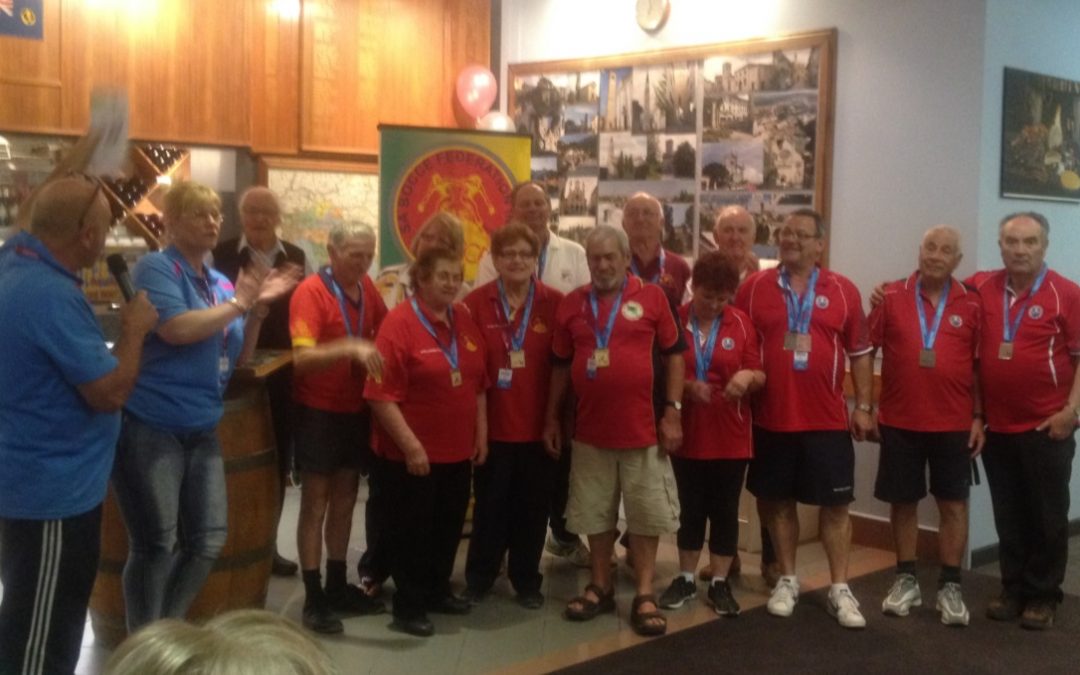 The Australian Masters Games was held on the weekend of 3rd & 4th October, 2015 in Adelaide. We had 32 participants with new and old players taking part. Thanks to Frank Funari from BFA for coordinating the event and assisted by the SABF President Mirella Mancini. The SABF team won gold in the fours Competition they are: J Daniel, O Bersan, V Barkovic & G Apat. In the Doubles at the Parklands Mirella Mancini partnered by a Morwell player Gino Montuoro won Silver. The Team Sponsored by the Veneto Club won Bronze they are S Schievenin, L Bolzon, R & M Mancini. Congratulations one and all.

Thank you to the Fogolar Furlan for the meals and wonderful hospitality a special mention to Lorenzo and Loretta Ferini and all the Volunteers, also well done to McLaren Vale Team.