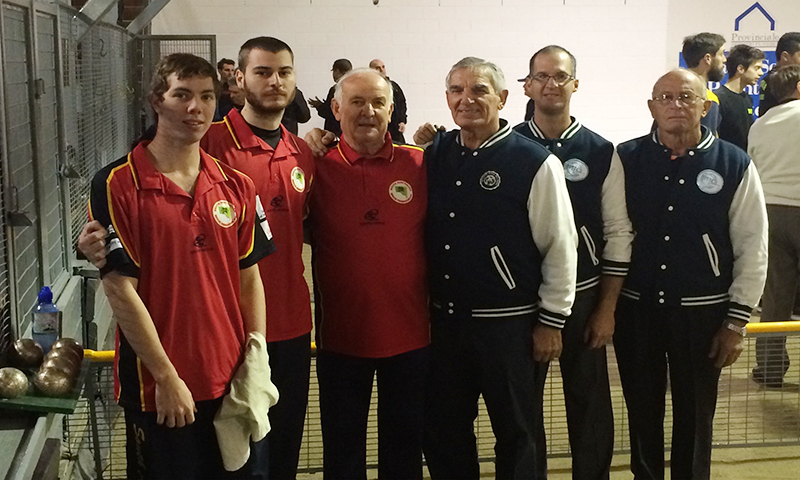 On the long weekend, 5-8th of June at the Veneto Club in Bulleen, Vic; the South Australian Bocce Federation sent 5 players and 2 officials to compete in the Senior Nationals. The mens team manager this year was Rodolfo Mancini, with the squad made up of Rocco Cirocco, Declan Fedele and Alec Ganeo. Rita Fedele was the womens coach with Mirella Mancini the only female to participate. Helen Ganeo represented SA as an official.
Victoria came out as the Champion State for both mens and women- a much deserved title! SA found their way into the quarter finals for Womens Singles, as well as the Men reaching the semi finals for both Bowl Throw and Triples.