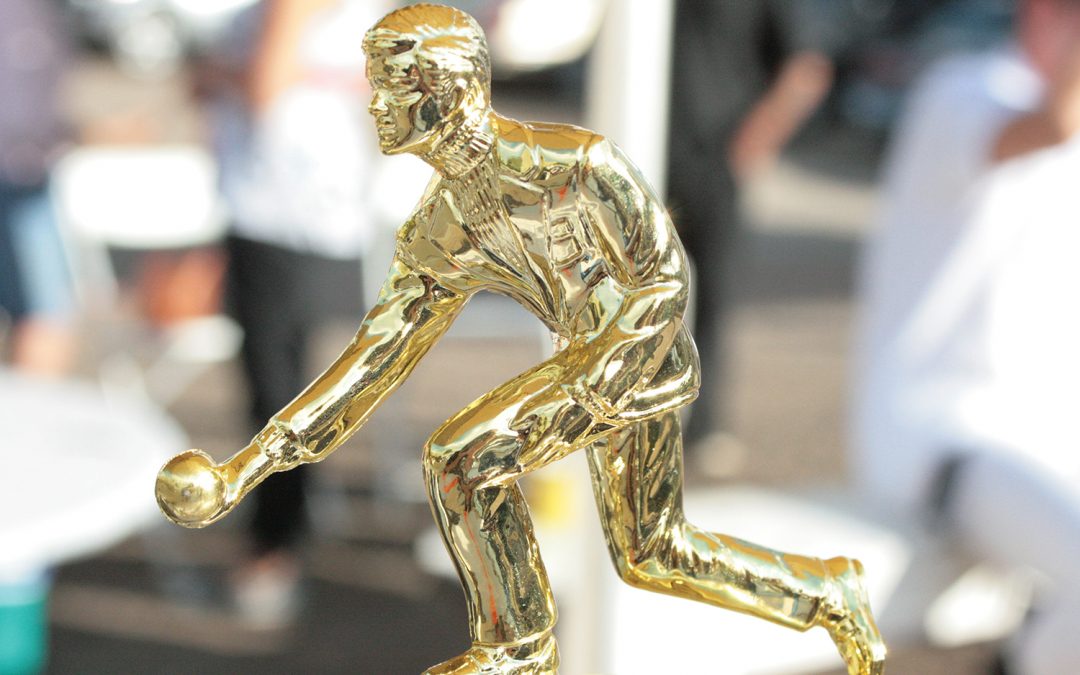 The highlights were many and varied with the high spots being the increased skill level shown by all players participating this year, plus the athleticism of the young Nicole Samsa in her confidence in demonstrating the Progressive Throw as part of the opening ceremony.

This year it was a tussle between the Victorian Teams (Vic Metro, NEBA and Morwerll) and NSW. QLD, Bundaberg, South Australia and Western Australia were again very competitive and gave it their all but failed to win a gold.

The Championship was organized by the Bocce Federation of Australia in collaboration with the Federation Sport Bocce,WA and hosted at the Tuscany Association of Western Australia Club Boccedrome, Perth over the four days, 2nd to 5th June.

The Opening ceremony was well received with a packed Boccedrome came to see the teams march onto the courts while being entertained by local Piano accordion player Nikki Dagostino entertained the spectators. Nikki Dagostino is widely recognised as one of Australia’s most entertaining female Accordionists. Keeping the rare art alive and educating souls with the world sounds of the Piano Accordion and she did just that as the players and spectators enjoyed her tunes. With players and spectators set and ready to go, the MC Nicola Tutt, opened the ceremony followed by Tuscany Association Club President Fernando Pagani, Federation of Sport Bocce WA President Jason Tutt and BA President Raymond Cher welcomed the players along with other local and interstate dignitaries. The traditional bowl throw opening was again fun, with many of the VIP’s having a bowl, including BA President-Elect Frank Funari. Although the bowls rolled every way except to the jack, the different bowling styles were enjoyed by all participants and spectators making it a fun feature of the traditional Opening ceremony, with Jason Tutt being deemed the winner with his bowl being closest to the jack.

The Friday evening climax was the Rapid throw and this year it was Heat 1 of the Rapid Throw along with Nicole Samsa demonstrating the Women’s Rapid Throw.

The four day Bocce Tournament bought together the best bocce players from across Australia. With over 70 Men and Women athletes from all corners of Australia – as far north as Bundaberg, to way out west and host city Perth. As well as the traditional forms of the game, the Singles and the Doubles, the teams competed in the more spectacular Bowl Throw, Precision Throw, and the Progressive Throw competitions as well as the team event of Triples.

The championship started on Friday with the Triples as each team set about to dominate the court space and play out for classification. This was followed by the Doubles, Singles, Bowl Throw and then the throwing events. All Victorian teams and players performed well with early wins by the Men’s, Women’s and NatU35’s teams.